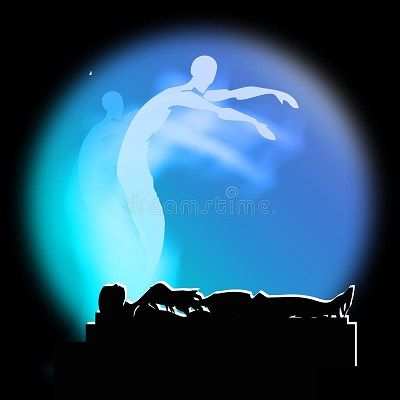 The Mother of All Questions:  The Meaning of the Universe.

“The answer to the ultimate question of life, the universe and everything is 42.”

Douglas Adams – The Hitchhiker’s Guide to the Galaxy.

This blog is Part 2 of my two-blog series on the possible meaning of the universe.

At the opposite extreme to the atheist’s view of the universe, are the beliefs of traditional, organized religions.

With few exceptions, most notable Buddhism, the world’s leading religions envisage an eternal, omnipotent (all-powerful), omniscience (all-knowing) and omnibenevolent (supremely good) creator of the universe and life. The universe is seen as God’s creation as expressed in the literature of the Vedas:

While the teachings of formal religions claim to have the answer to many of questions about the universe’s origin, they bring with them another set of problems. If the universe was created by a creator, what is its purpose? Einstein, while emphasizing he was not an atheist, criticised traditional, organized religions attempts to describe the nature of God, and the deity’s purpose in creating the universe and humankind, as being “simplistic and childish.” He described the ‘God problem’ as being the “most difficult in the world” – a question that could not be answered “simply with a yes or no.” He concluded that, “the problem involved is too vast for our limited minds.”

It is tempting, when critiquing the teachings of many traditional religions, to suggest that their advocates have inverted the quote from Genesis 1:27 with the result that  ‘mankind has created God in his image’

Besides determining the purpose of creation of our universe by an omnipotent and omniscient God, the creator’s designation as being omnibenevolent causes problems for the religious. The obvious question asked is – if the creator is supremely good, how can the evil and suffering in a deity-created world be explained?  The concept that God gave humankind a ‘free will’ explains many of the evils, such as wars, that humans inflict on each other, but what about the biblical “diseases and pestilence” and natural disasters which afflicts even the righteous?

This paradox has led many to lose their religious faith. To the follower of Eastern religions, however, the problem is meaningless since in their Ying-Yang interpretation of the universe, good cannot be created without it being accompanied with concomitant evil. Can there be a negative charge without positive charge; can there be a north without a south?

As will be reviewed in our last section, many of the most eminent scientists who agree with Einstein are not atheists, but criticize organised religion not spirituality. Many are those who declare themselves to be animists or pantheists.

So far in our discussions, we have been dualistic and assumed that the universe either does , or does not, have a definite purpose.

A fourth interesting interpretation of the universe is that it is an experiment on an unimaginable giant scale where not only matter and living things, but also meaning is evolving.  Perhaps humankind might even unknowingly be involved in determining this evolution and contribute to the emergence of reason in the universe.

This idea is not new: in his Vocation of Man (1800), Johann Gottlieb suggested

“You could not remove a single grain of sand from its place without thereby changing something throughout all parts of the immeasurable whole.” In a similar vein, the Lakota chief and holy man Black Elk (Hehaka Sapa) suggested that “Whatever we do affects everything in the universe.”

The Butterfly Effect that arose out of the chaos theory developed by Edward Lorenze (1972) is an extreme possible example of the interconnection of all things. The American mathematician and meteorologist suggested that “a butterfly flapping its wings in Brazil can produce a tornado in Texas” several weeks later. By a long series of positive feed backs, that tornado might, in turn, have an immeasurable, but theoretical effect on the rate of the earth’s rotation and orbital path.

A common misconception of people not actively involved in scientific research is that every experiment is conducted to prove or disprove a hypothesis. Rather, many of the most important serendipitous discoveries in science resulted from conducting experiments with no predetermined aim in view: What will happen if we change parameter X, Y or Z? Might the Great Spirit behind the universe be an experimenter rather than being a single-time creator?

An evolutionary multiverse is particularly interesting.  Might each universe in such a system represent a unique throw of the ‘cosmic dice’ resulting in different combinations of different strength fundamental forces and different types of fundamental particle?  Also, might it be possible to apply Darwinian evolution and ecological principles to these different types of universe that result in the survival of, and diversion of the most energy to the ‘fittest’ of these universes in which most advanced and intelligent sentient beings evolve?

At this point it is worth mentioning the recently released reports of the encounters of American navy pilots with UFO-like flying objects whose flight capability appear to be far beyond the limits of present-day  human aero-engineers. Might in the future a close of the Fifth Kind allow a comparison of terrestrial with extraterrestrial science and spirituality throw new light on the meaning of the universe? That is certainly a very intriguing question.

If many of the greatest scientific minds are not atheists, what do they believe is the meaning of the universe? As mentioned earlier, most have been opposed to the teaching of traditional religions finding them difficult to reconcile with the findings and thinking of modern science. The combination of scientific ideas with pantheism (Sci-Pan) might be the way of reconciling science with spiritualism. Perhaps as the Siox Indian Vine Deloria quipped, “Religion is for people who are afraid of going to hell. Spirituality is for those who have already been there.” Perhaps also as Albert Einstein suggested, “Science without religion is lame, religion without science is blind.” The great physicist declared himself to be a pantheist and a believer in Spinoza’s God. For Spinoza, our universe, the cosmos, “is a mode under two attributes thought and extension” (matter). God, he believed is “a dynamic nature in action, growing and changing, not a passive or static thing.”  This sentiment clearly has evolutionary undertones.

A common suggestion is that the creator must be a great scientist and mathematician. The Nobel Prize winning physicist of quantum-physics fame, for example, suggested “God is a mathematician of a very high order and He used advanced mathematics in constructing the universe.”

Carl Sagan also believed in spirituality is evolving in the light of modern scientific discoveries.  In his book entitled “The Pale Blue Dot” after the photograph taken by Voyager when at a distance of more than four billion miles from our planet suggested that – “a religion old or new, that stressed the magnificence of the universe as revealed by modern science, might be able to draw forth reserves of reverence and awe hardly tapped by the conventional faiths. Sooner or later, such a religion will emerge.” The astrophysicist and cosmologist also suggested “Science is not only compatible with spirituality, it is a profound source of spirituality.”

No discussion of the relationship between religions, spirituality and science would be complete without mention of the literally ‘mind-boggling’ asserts of quantum physics that make “Alice in Wonderland” seem like a simple kindergarten tale.  The ‘Alice Through Looking Glass’ views of this almost mystic branch of modern science suggests that, a particle can be in two places at once, and a change to a particle at one location causes a spooky matching change in another distant particle.

As Niels Bohr, the Nobel Prize winner in Physics (1922) noted“If quantum physics hasn’t profoundly shocked you, you haven’t understood it yet”

Perhaps most interestingly of all in modern science, the scientist cannot be considered to be an outside observer, but an integral part of an observed phenomenon. As American quantum physicist Fred Alan Wolf, who specializes in the relationship between physics and conscious suggests, “quantum physics really begins to point to this discovery. It says that you can’t have a Universe without mind entering into it, and that the mind is actually shaping the very thing that is being perceived.”

This suggests that the particle does not exist until it is observed.  Although outlandish and far removed c from the more materialist 19th century science, quantum physics it is one of the most tested and verified branches of science.

As the final section of our discussion suggests, not only does linking spiritualism rather than organized religion with science ‘square the circle’, but brings us back to the primitive belief of pantheism we reviewed in our first section on a “Cave’s Eye View of the Universe” (Part 1). Perhaps the beliefs of religion and spiritualism should evolve and be enriched by the findings of modern science.  The wisdom of the past could then be melded with the findings of modern science. Our discussions suggest that science and religion are not strange bedfellows but by their consummation they might well conceive a new holistic view of the universe and its possible meaning.

“The religion of the future will be a cosmic religion. It should transcend a personal God and avoid dogmas and theology. Covering both the natural and the spiritual, it should be based on a religious sense arising from the experience of all things, natural and spiritual, as a meaningful unity.”

P.S.  I would be very interested to hear any comments, however, critical on this latest two-part blog.  Thank you for your interest in my website.

One thought on “The Mother of All Questions: The Meaning of the Universe – Part 2”

This site uses Akismet to reduce spam. Learn how your comment data is processed.

I am a retired science lecturer with over thirty years experience in teaching and researching at the university level. During this time, I have investigated many paranormal phenomena applying scientific methodology and become convinced, to use Shakespeare's eloquent words "there is more in heaven and earth than dreamt of in (a materialistic sceptics philosophy). I have published many scientific papers on a range of biological topics and written a text book on Cell Biology. As well as being a keen amateur astronomer, I have delivered many undergraduate courses in Cosmology and Astronomy at British and American universities. Hopefully these experience will help me to guarantee the accuracy of the science contents of my blocks. I have also publish science fiction stories in which I have explored the philosophical importance of many scientific discoveries. Besides my research, my extensive worldwide travel, particularly in the Far East, have hopefully helped me investigate many examples of the paranormal. I am hoping visitors to my new website will leave critical comments on my articles and blogs. Above all, I hope my readers will share my fascination with the paranormal. View all posts by nigelpenrose333